Left Early Yesterday for Subic, It was our OTS (On the Spot Shooting Contest for Zone V)
left at 4am.. and got stuck in EDSA, it tool us more than an hour to get to Balintawak towards
the NLEX

Our OTS Theme was SUBIC, which meant anything to do within the SUBIC grounds… Contest
started Friday 6:00am and ends on Today Sunday 6:00Pm

My story starts with a visit to ZOOBIC Safari.. meetings the tigers up close, and feeding them too!
going to the Aetas village then proceeding to the CROCO LOCO.. had a strange feeling that something
was going to fall so i decided to put my bag downto lessent the chance of loosing anything because we
were standing on iron mesh flooring.

Was shooting the crocodiles(more than 20 of them) looking down but decided to put my camera over the fence to get a better shot.. was shooting, shooting… then while zooming out.. my lens falls.. (loud thump accompanied by my heart falling with it)

I was in shock and didnt know what to do, everything seemed like it was happening in slow motion… wishing I had the powers of hiro of heroes tv series and stop time.. was also able to sneak in a prayer and flashing of $$$ signs before my eyes… i could just hear tonnette and the other bystanders saying “may nahulog na lens sa loob” .. looked dazed and confused why it happened and was trying to explain how it happened. Willie de Vera gave the best explanation saying that while shooting down and holding camera with both hand i must have pressed on lock to release the lock on the lens and when i zoomed out i must have twisted the lens out of position sending it on a freefall towards its doom.

All I could remember was someone was shouting if they lens could be retrieved and luckily the care taker was there and he started hitting his stick on the ground trying to ward off those hungry crocs who actually didnt even mind the lens.. maybe the “beast” was among friends? who knows.. every photographer there seemed to have taken a photo of the events that transpired.. didnt know what to feel.. mixed emotions of sadness and despair with a little cloud of confusion of what really happened to the lens… I felt lucky that the guy was able to retrieve it… my lens survived a close encounter with the beastly kind… talk about going out in style..

I know I should have gave the manong a reward but i was just really dazed and trying to answer the question how could it happen to me.. how could i make a mistake like that….. thats life..

I have learned from this experience and will try to limit stunts like that again hhehehe… but who knows this may be the start of a colorful life of travel photography.. going that extra mile to get that perfect picture… not hahaha
My Nikon 28-70 F2.8 is now a prime lens.. stuck at 28mm so now I have a very heavy and big 28mm F2.8 Lens.. autofocus works, aperture ring works… its just stuck at 28mm… how high was the fall? i would say more than 10 feet high.. thats is my nikon story.. nikon built to last.. hahaha (this is not a paid endorsement)

the photographer in me made me put a lens on the cam to avoid dust and of course shoot!

will add more photos when i get back to manila! 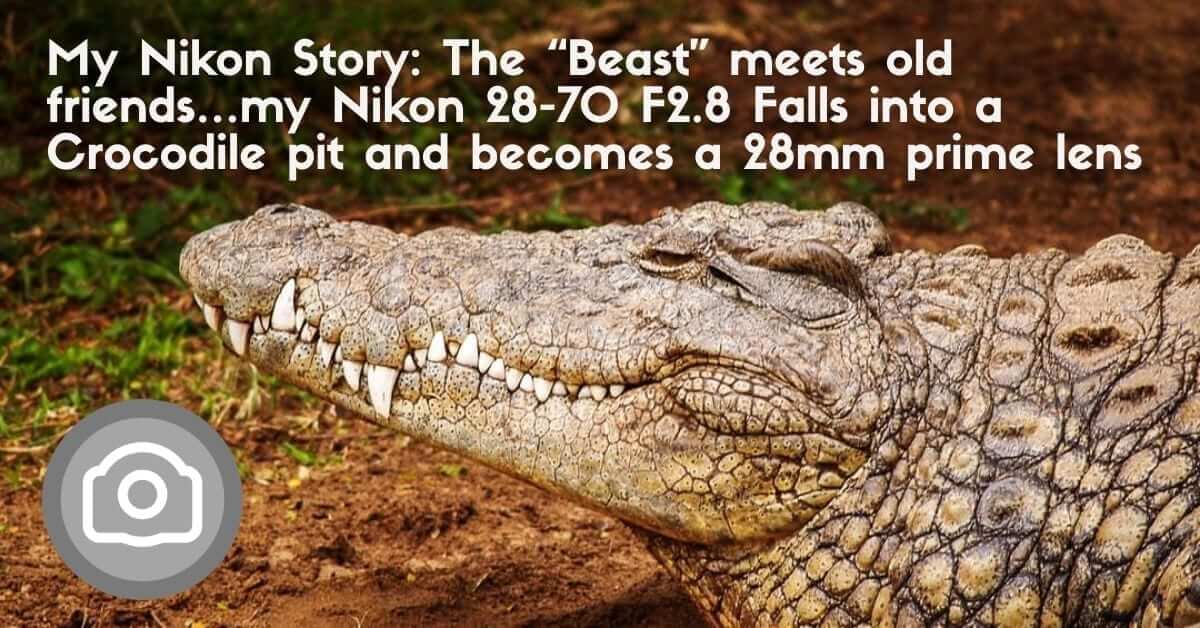